The Library always filled a very important role in every aristocratic home and often in the manor houses of the landed gentry, to finally find its place in the homes of the intelligentsia. In the history of the Radziwiłłs, the most eminent was the Nieświeska library founded by the heir to Nieśwież, Krzysztof Mikołaj Radziwiłł, also called “The Orphan”.

Following the tradition of his forefathers Krzysztof Radziwiłł began from his earliest years to accumulate books. He bought the first volumes in Wrocław while at gymnazium, before World War I. After the death of his father, Maciej Radziwiłł, he became the owner of Sichów, and the library rapidly grew. According to our information, by the end of the interwar period, it numbered over 5,000 volumes.

In the house of Krzysztof and Zofia Radziwiłł, the library rooms played an important role in family life and in the bringing up of the children. Here they had their first encounter with the arts. Here the Christmas tree stood. Here they performed plays, dressed up and acted roles chosen for them by their father. 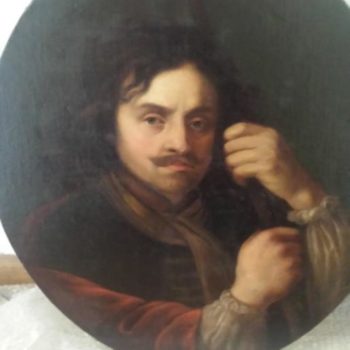 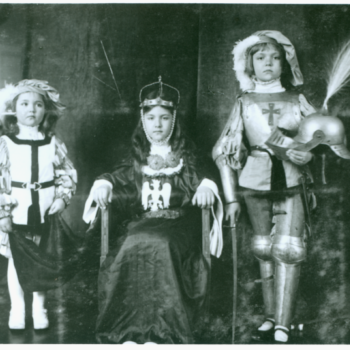 Let’s return to the collection. The books were shelved by author, following an arrangement established by Krzysztof Radziwiłł. The transcript of the catalogue has survived. All books were numbered and stamped with a characteristic oval seal.

Krzysztof Radziwiłł’s collection survived intact throughout World War II. When he returned to Sichów in 1945 after 5 years of imprisonment in Nazi concentration camps, he found his beloved collection in place. Knowing, however, that he was going to live  in a small apartment in ruined Warsaw, he took with him only a few score volumes, among them Wyspiański, Byron and Goethe. The entire collection was offered to the Provincial Library in Kielce, where it is to this day, but unfortunately scattered, so that it is difficult to evaluate. 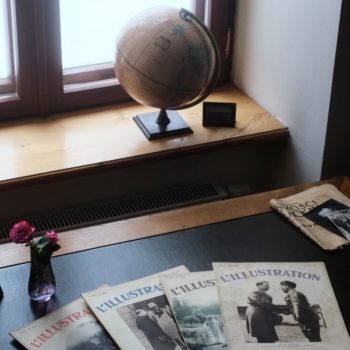 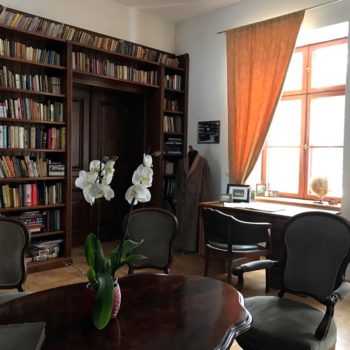 Using the catalogue of Krzysztof Radziwiłł, the Sichów library was reassembled in 2010 from books donated by friends. We have books from the collections of Anna Radziwiłł, Prof. Gerard Labuda, Prof. Jarosław Rudniański, Prof. Stanisław Frybes. Also donations from Maria Rostworowska, Karol Rostworowski and Fr. Jan Oleszko. Finally the collection of Prof. Krzysztof Dunin-Wąsowicz was gradually brought over. Among the books, an interested visitor will also be able to find Krzysztof Radziwiłł’s books, that after his death returned to Sichów from Warsaw. Among them is the only copy in Poland of his Poems, published in Moscow in 1916, from where the quotation below originates, that opens his memoirs: