My husband, Paul Kieniewicz, and I have joined together with our family whose mutual effort it is to restore vitality to the manor houses and their grounds once occupied by their ancestors.
It is a great honour and a pleasure to participate in the process of reanimating these buildings after they had languished for decades in ruin. To take part in this developing project is a surprise we did not expect in our retirement years.

The decision to lease our home in the Scottish Highlands was not an easy one. Paul had laboured for years to create a garden that produced organic vegetables, a burgeoning woodland of over a thousand saplings, a pond, greenhouses, and traditional flowers not seen in supermarkets for years. Not to mention the intimate cottage bursting with memories of all variety to which we could have added more yet had we stayed. 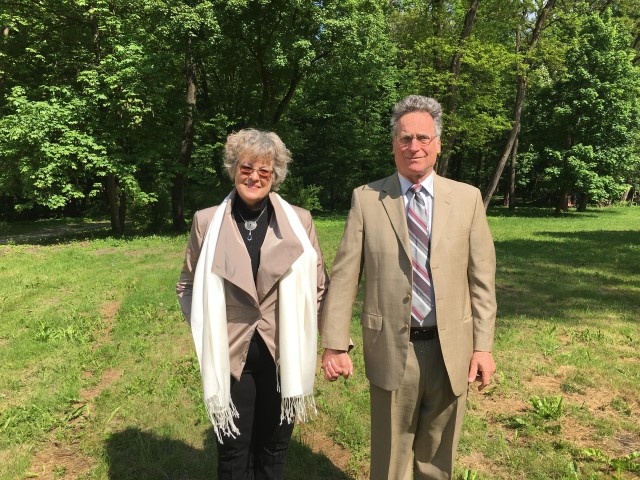 What called us is a mystery to most of our loved ones and even to ourselves at times; a complete conundrum. Not every step of this journey has been an easy one, so why are we here and why do we stay?

The reason is contained in this photograph. It was taken shortly before the war at Wójcza, the home of my husband’s mother, Rose Popiel Kieniewicz.
At first glance, you wouldn’t imagine that in nearby Germany Hitler is marshalling forces to occupy Poland, to annihilate the near whole of its Jewish population while simultaneously, systematically destroying the Polish nobility. The inhabitants in this picture look so peaceful, so relaxed. Nor could you even conceive to what extent their lives will be forever changed as some will not live to either achieve exile or be ultimately obligated to communism; unfortunately, the final choices in the end game of war.

This is my family by marriage. While they struggled to establish a democracy, tending to their newly found independence, fate had other plans in mind. Nothing from those twenty years of freedom would last. Nothing was to last except the essence of what might have been. This is not a story of privilege without responsibility. It is a story of commitment and love and faith.

It is what they valued that is most respected. And now, dare I say, considered most sacred. We admire vintage photographs and the nostalgia they summon within us. We imagine the faces staring back at us to have had fewer troubles, less heartache, reduced stress; in general, a less complicated life. In many respects this is likely the case, but in terms of the day to day, the financial struggles, the broken hearts, and the physical decline brought about by age and illness, our ancestors endured the same existential predicaments as do we as this is the substance that identifies us as humans. These challenges, simply put, are basic to our condition. Still, it is tempting to romanticise the dwellers of these photographs as having transcended the banality of everyday life especially when you see them gathered as they are here in what appears to be a slice of paradise. The camera freezes their personal narrative and creates a collective image of what we imagine it was like nearly a hundred years ago.

It is in this photograph that I find the strength to pursue such a colossal project as the re-naming and re-identifying of this property at Sichów. For that to happen, one must remember what it was they valued: education, languages, art, philosophy, poetry, music and religion; the very building blocks of a civilised society.

At times of great unrest and political uncertainty the responsibility is upon each of us to remember it is not about undisciplined consumerism paired with a life of leisure, nor is it about working without stop to acquire such a lifestyle as this. No. It is to remember what is beautiful. 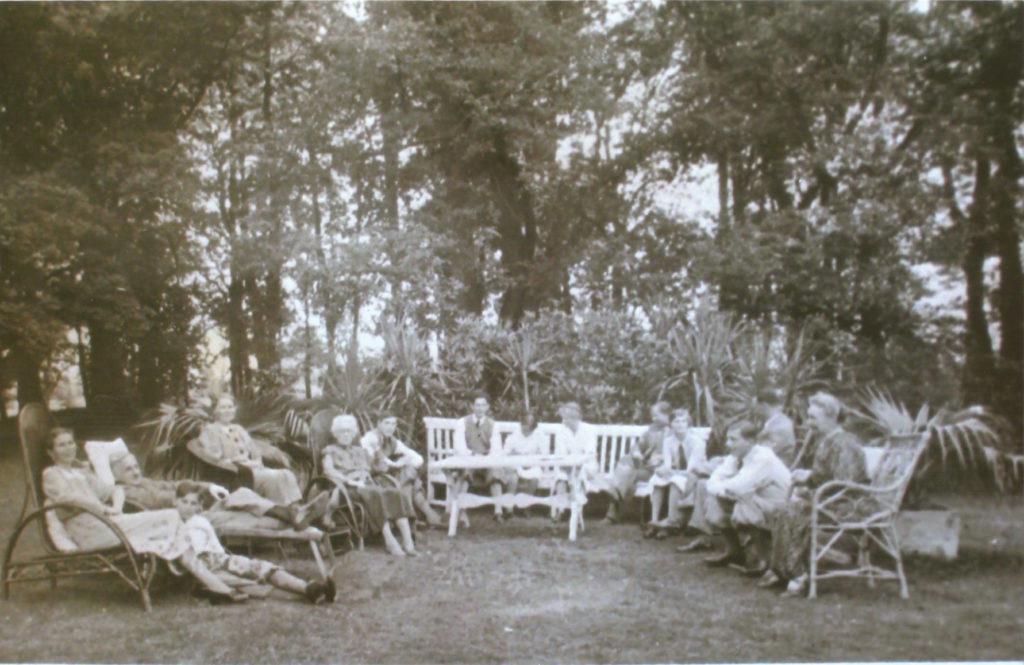 It is to prioritise the values that are sustainable for the next generation. We must attempt to stem the avalanche of this stupour that has taken hold by creating small spaces where those who also hold these values in high regard can come together and discuss a new way of living, standing on the shoulders of what our ancestors knew to be worthwhile.

We want to share Sichów with you, with those who imagine a future that can host the values of a healthy and civilised society.
Witamy Serdecznie, a Warm Welcome.