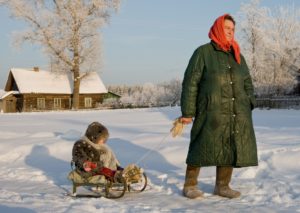 Language is a living organism which means language can vanish, become extinct like any other living organism.  Native American Indians have struggled for generations to keep their customs, their stories and their mother tongue alive.  Likewise for the Aboriginals, likewise for those who grew up speaking Yiddish.

This week, Sichow is hosting the Polish Language Camp for children and their parents.  This exciting program with its focus on play, study and field trips, is organised by Słowo.  Those in attendance are parents and grandparents who have immigrated to other countries for various reasons:   war, political oppression, foreign studies, or in search of better job opportunities but whatever the reason, when they left Poland they arrived in a new country faced with new customs and a new language.  Anything Polish was immediately relegated to the kitchen sink which is usually an indicator that it’s one step from being packed away to the attic.  Children are more likely to adapt to their new country, while parents struggle to habituate within a larger range of challenges, like how to readjust to the greater system such as acquiring good health care and education for their family, finding a good neighbourhood where they can put down fresh roots but even more difficult is trying to fit in as a foreigner.

As an American who has spoken English my entire life and have never had to concern myself with being misunderstood when travelling because most countries yield to English as the preferred language of travel and commerce, I am struck by these women who have tenaciously held on to their mother tongue once they have assimilated into their new residence.  Not only do they continue to animate the language of their birth, they teach their grandchildren to speak it also.

Now that I’m living in Poland it would be foolish for me not to study the language and at least try to speak it as best as I can even though it’s one of the hardest languages to learn.  One can get by in Poland and have a fulfilling life without actually learning the language beyond what any other tourist might cobble together in a pinch but I consider this a waste.  Some people I know underrate the study of Polish for the foreigner because Polish is only spoken in Poland and unless one plans to live out their days there then the question arises to the sense of it.  The reason to not take it seriously is basically for what usefulness it fails to offer.  It doesn’t travel, it’s not a language of commerce or trade, and so what’s the point of passing it on.  I’ve even heard some refer to it as a “dead language.”

Polish is one of the richest languages I’ve ever encountered.  Quite possibly why it’s so difficult to learn because of the variety and the depth it offers the speaker and its reader.  Polish poetry beautifully captivates the suffering and the joys of its people and its heritage.  The pen of a great poet can make it sing.

What is more, language offers us the story of the family.  It offers nuance and subtleties that can’t be translated into any other language other than the one of origin.  I remember my own childhood on Christmas Eve Day when my mother would wake us with the greeting, “Christmas Eve Gift.”  If you could wake up early and remember to say it first, then you would be the one who could open the first present.  We don’t know where this expression came from, but my grandmother would also wake her children in this way on Christmas Eve Day.   Naturally, the words can be translated into another language but not the memory.  Such is our inheritance in this ritual.

Language as a living organism is not simply a necessary tool for communication.  It is a component of a culture and the history of its people.  The story of my husband’s family is one that can be translated from Polish into English, Italian, French, etc. but it is wanting.  I know this now that I am studying their language.  Their food takes on a different meaning.  The idea of obiad (lunch) for example and what that means to take a strong meal in the middle of the day always, always beginning with a soup is a cultural insight into their habits that feels isolated when it’s transported to a country that doesn’t observe this table ritual.  What is a basic part of one’s culture when relocated and translated into another becomes merely novelty.

I am reminded of all the Jewish women who survived the war and escaped continued anti-Semitism by converting to Christianity.  It is the story of the grandchildren, however, that is most revealing when they ask why on every Easter, for example, their grandmothers made potato pancakes.  They didn’t find this item at the Easter table of their Christian friends.  But it wasn’t until further inquiry they discovered to their shock that their grandmother was actually Jewish and these delicious treats at Easter are really intended for Passover and they are not pancakes at all but latkes.  Lost in translation.

Cuisine, mannerisms, oral stories, history, this is the family to which language belongs.  Now that I am a grandmother and my granddaughter has Polish roots on her maternal side, I will expose her to this Polish experience. 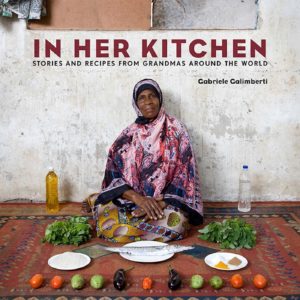 The job of the grandmother is to remember. To remember that war and hatred only destroy; they do not move mankind forward.   It is not important that others might think her foolish and unconventional.  The duty of a grandmother is to resist the agenda of a patriarchal society which threatens to destroy matters of the heart.  These governments today that encourage hatred and war and divisiveness is the Goliath that the Grandmother David must come up against.  She is responsible for protecting what is authentic to our humanity:  compassion, tolerance, patience, and inclusion.  Is it useful?  It can’t buy you a car or get you a job, but it can enrich your imagination. It can expand the heart to include the ancestors and their story.  It can influence a way of being in the world.  Standing on these shoulders we can make a better home for our grandchildren; a robust history for them to  pass on to their descendants.  And in Poland, what a rich one we have.