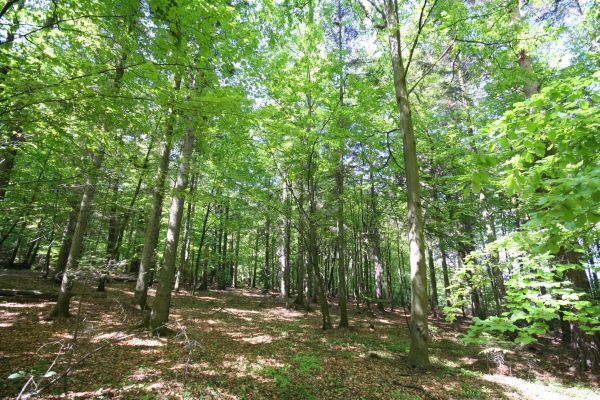 Sins of the Fathers

Amber and I have been here for almost two years. Polish politics is opaque, something we scarcely understand. We can barely name the chief actors in the various parties. Yet the recent passage of the new law, that would criminalize anyone who stated that the Poles bore any responsibility or co-responsibility for the Holocaust, distressed us greatly. While understandably trying to protect the good name of Poland, the law is sufficiently ambiguous so as to cover other atrocities where Poles denounced Jews or murdered them — which everyone agrees did happen. As a result, witnesses may become gun-shy about speaking to reporters. Publishers may become too afraid to print such material. To deny that such crimes happened, is also likely to inhibit Polish-Jewish reconciliation, something close to our heart.

The new law was conceived over a year ago, and was hotly debated in the Polish media then. About that time Jan Gross, the historian who first wrote about the massacre of Jews by Polish villagers at Jedwabne, was summoned to Poland to answer accusations of slandering the Polish State. A year previously, the film, Pokłosie (Aftermath) had come out. A fictional story partially based on Jedwabne, the film unleashed a storm of protest. Actors in the film were subjected to death threats. The chorus of denials, that Poles could have behaved in such a heinous way, soon led to “whataboutisms” — What about the righteous among Poles who saved many Jews? Sure, there were many, but that is besides the point. Following official denials, the new law was drafted.

If the accusations hurt too much, why not criminalize the accusers?

More interesting than the politics is the psychology underlying it, that the sense of hurt could mask a much deeper feeling of shame about what some of our ancestors had done. A woman who works at Sichów House and Library once told me about a wartime massacre in the nearby village of Strzegom, where villagers killed about 20 Jews who had taken refuge in a forest. The witness was a seven-year-old girl. The facts are clear, as the perpetrators were later tried and convicted. We have court records. To this day, the woman told me, no one in the village will talk about what happened. They all know. Now the second and third generation lives there, and they still apparently carry the feeling of shame, whether or not they are conscious of it.

According to Depth Psychology people inherit complexes from parents and grandparents. Feelings of shame, betrayal, guilt are like ghosts that direct our lives in ways that destroy our relationships and happiness. Those sins are often projected onto others and appear as prejudices, anti-Semitism in this case. The enemy is always somewhere out there, an international Jewish conspiracy. Instead of taking responsibility for our ghosts or resentments, we pass the complexes onto our children. We do it unconsciously, until we become aware of those ghosts, and decide to own them.

One of the ways we are betrayed by the past, driven by our haunting, is by not acknowledging how much we are owned by our wounding — not only betrayal but the myriad other internalized messages to which we cling… The “betrayal” of betrayal is found not in how it wounds, and wound it surely does, but in how we cling to it and divert the work it asks of us to grow beyond its defining boundaries. As Jung once observed, we don’t solve our wounds, but we can outgrow them. The flight from doing so is the real betrayal. What choice then does history, not having been addressed and worked through, have but to haunt us?

The new law cannot change the human psyche. Sins committed by the fathers will be visited upon subsequent generations, despite the new law, in the form of complexes that control the affected families, and the nation as a whole. When complexes are not recognized they are projected onto a loved one. Or a person seeks refuge in an ideology. The recent rise of extreme nationalism in Poland is a case in point. Such projections will not heal the wounds of history. Healing will only come through first recognizing our history, and taking personal responsibility for exorcising our ghosts, something that requires a great deal of courage. It needs to be done both on an individual and collective level.

George Santayana observed, that those who do not learn from the past are condemned to repeat it. The truth plays out not only on national stages as presidents and pontiffs parade their neuroses at the expense of the rest of us, but in the most intimate of chambers as well. In fact, the more intimate the relationship, the more present the dramas of the past, for they mean more to us, cost us more, and therefore carry the heaviest freight.